This week's RIDDIM & GROOVE classic 45 tune is "It's A New Day" by Skull Snaps (1973, GSF). Opening up with a heavy drum break "It's A New Day" has been sampled numerous times by rap artists like Das EFX, Eric B. & Rakim or Digable Planets. The track can also be found on the group's only - self-titled - LP which they released in 1973 after they had changed their name from "The Diplomats" to "Skull Snaps" in 1970. Enjoy this classic cut and make this new day your very own. 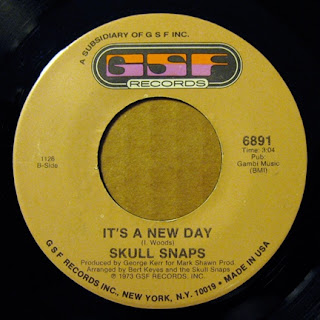